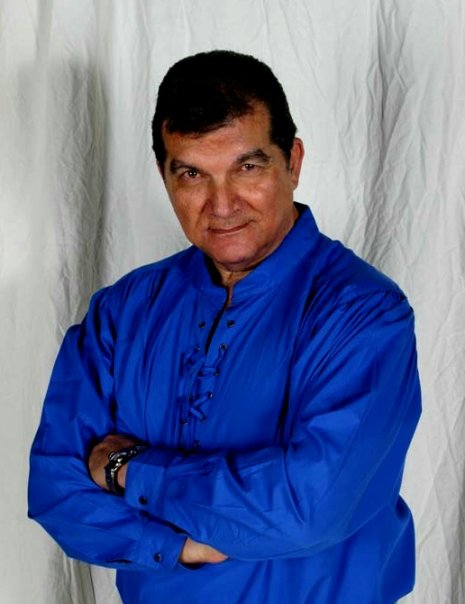 Born in Brooklyn, Lee Douglas spent his youth in and around the music business by accident. In 1955 he first heard “Rock around the Clock” The song was the first big hit of the new genre of popular music called “Rock n Roll”. He went out and bought his first copy and within a month had worn down all the grooves of that 78 RPM shellac record and had to go out and buy another. Soon after getting his third copy as part of the album by Bill Haley and the Comets, he was so taken by the sounds that he wrote to Decca records asking if he could join a Bill Haley fan club.

It seemed there wasn’t one in the New York area and he was asked to take on the project. As a 13 year old boy who rarely finished his work on time this was a herculean task. His first stop and one courageous one was to get in touch with disc jockey Alan Freed who coined the term Rock n Roll. Freed was gracious and very helpful. Their friendship continued through Freed’s tenure in New York City.

In those few years he learned what being a disc jockey was all about and met the great legends of the music business as even they were starting out. Upon Freed’s departure, Lee was disillusioned and found other avenues to occupy his time. In the ensuing years he worked as a media analyst, advertising copywriter pro wrestling writer, photographer wrestler, manager and promoter, and school teacher. Lee holds a BA in education and advertising and a MS in education. It was towards the end of his long career as a teacher in Central Florida that he got the bug to return to broadcasting “You take 500 songs and play them over and over again nation-wide and eventually people are going to tire of it and tune out.” says Douglas. He believes that the lack of variety is what killed oldies radio. That and the fact that most program directors aren’t old enough to remember even the Beatles so naturally anything before that doesn’t exist in their minds. The baby boomers have very little choice; of course there is satellite radio if they can afford it. So Old Time Rock n Roll was born, to give oldies lovers an alternative.

Despite being the largest internet and podcast oldies show around the world, Old Time Rock n Roll, he has set his sights on being even bigger. “Everyday people come up to me and say I wish I could listen to you while I am driving to work”, Douglas says. Now Lee has the show streamed to any type of cell phone or computer on the market . Now we can be heard almost anywhere in the world.

15 years ago, the retired teacher began to translate his love for the music of the 50’s and 60’s lovingly called Oldies, into a new medium, the podcast. Just retired from teaching after 35 years, he decided to turn in his chalk for a microphone. The 75 year old “new Pied Piper of Oldies” as he is called, who looks more like a guy in his fifties, refuses to let the music of the beginning of rock n roll die as a music of backgrounds for commercials. The Country music industry and its fans reveres its past songs and singers, but rock n roll and pop music turn their backs on their predecessors as though they never existed.

As a teenager in New York City he knew and was befriended by Rock pioneer, Alan Freed. Attending all the legendary performances of the great singers and stars of the day, his knowledge and reminiscences further enhance the color and excitement of each show. An educator and pioneer in computer education, he was an advocate for teaching computer basics since the early 80’s in elementary school. Lee also was a producer, director and host for a local Florida children’s show in the early 80’s, where the kids ran the show and the equipment.

Today Lee’s focus is all music. His goal is to make the music of the 50’s and 60’s “cool” again. In October of 2006 he began his new career as a disc jockey and proponent of the new podcast medium.

His new show, which he called “Old Time Rock n Roll, would be different in the way it was presented. The usual play lists that are the hallmark of the Oldies AM radio stations were out the window. His own collection of 120,000 songs would be digitized onto his computer to lay the groundwork for the show. Instead of playing those songs which the oldies lovers had grown tired of, he opened his collection and played the songs that haven’t been heard for many years. Then he would have a theme for each show, Novelties on one, Doo Wops on another, Rockabilly on yet another. Each show replete with a dose of rock history and reminiscences.

He researches each singer and each song to provide background for each show. On November 2006, he went on the air. By January 2007, just 4 months later he had garnered a listenership of 25,000 world-wide, with an incredible 25% of his fans in the UK and Australia. Last October, Lee celebrated his twelfth anniversary, and a month later, show number 800. Now with dedication and request shows, where listeners can ask for songs and try and challenge him to find and play long forgotten and obscure classics, he continues to add and astound listeners with a fresh approach to old music.. Over three million people have now listened or downloaded OTRNR.

The thing that went mostly unnoticed, however, is that what Douglas is doing with Old Time Rock & Roll racking up close to 850 musically packed episodes as of this writing – is unique, not just in Orlando but anywhere. A retired Orange County schoolteacher in computer education, Douglas has turned his love of education and of rock, doo-wop, rockabilly and soul into a mind-blowing seminar for music lovers. He spent months digitizing his astounding collection of oldies, both well-known and rare, into an ever-increasing catalog of approximately 120,000 tracks, most by artists long forgotten. Douglas organizes his collection into various themes and put the songs in historical context in his grainy, excitable radio-jockey voice. Two hours of Sun Records classics, Chess and Specialty Records, Ted Steele’s Bandstand, Dion and the Belmonts, shows devoted strictly to Jewish-American, Hispanic-American and Italian-American singers … you name it, he’s got it, and he’ll teach you a little something in the process. Sometimes he even surprises himself: In an episode titled “The Originals,” in which Douglas takes well-known songs and plays the very first recordings of them.

Douglas, who grew up in Brooklyn right around the birth of rock & roll and spent some time trying to become a professional wrestler, today, carries himself as equal parts cocky and embattled. He’s confident in what he has to offer, but he has set his sights on keeping the music alive for a new generation. He tends to feel the brick walls he hits especially hard. “I will do this show until they have to carry me out on a gurney,” Douglas writes on his blog. “Many would have already given up, but I “ain’t “that smart”, he quips.”

A natural storyteller, Douglas grew up idolizing Alan Freed, a New York radio DJ in the ’50s often credited as the “Father of Rock & Roll” because he exposed white audiences to African-American music. Douglas ingratiated himself with Freed and became a regular visitor to his studio.

“Alan Freed would sit down and talk to you and ask, ‘What do you like?’ remembers Douglas. He would ask you how you were doing in school, or tell us outright don’t you dare quit.” If you had a hundred questions he would make time for you. “I got access to him because I was President of the Bill Haley and his Comets Fan Club. But he treated every kid like they were special.” I try to this day to emulate what he taught me. I always have time for my listeners. I never call them fans that would be very presumptuous of me, I am not special, I am just blessed to be able to give back what I have learned.”

Those shows can leave listeners in a bug-eyed state, thanks to constant revelations and downright oddities he uncovers. One recent find uncovered the work of Jimi Hendrix when the legendary guitarist was a member of Little Richard’s backup band. Another is an x rated version of “Think Twice” by Jackie Wilson and LaVern Baker that Douglas, a conservative, will not play on his show. “Believe it or not I do have a lot of kids who listen in, they want to learn who their idols listened to as kids.” I try not to disappoint anyone. But sometimes, he does go out on a limb playing with his voice and dialects and adds funny introductions to his music. “After all,” he says, “I have to be who I am.”

He adds to his shows interviews with rock n roll greats of the 50’s and 60’s like; Charlie Gracie, The Elegants, The Chantels and Joe Bennett of the Sparkletones, and Gary Lewis, Bobby Rydell, Little Anthony, singer/songwriter Paul Evans and Gary US Bonds. Old Time Rock n Roll zooms into the future with the goal of making more listeners aware of the genius of some of the early performers almost totally forgotten over time. He adamantly argues that the over 50 crowd is sorely looking for a way to tune back in to FM radio if something were available to them and AM radio has ceased to play music. He said,” No other group has more spendable income and more loyalty than baby boomers. And believe it or not he has a legion of younger fans that listen every week to his shows.

In February 2011 he co-emceed the Gary Lewis and the Playboys concert at the Mount Dora Music Festival. His weekly show can be heard on several internet networks and almost every podcast service, including iTunes and RSS feeds. Old Time Rock n Roll can be heard every Tuesday morning at 9am ET. It will also be available On Demand at Remember Then Radio’s On Demand section

Many times he even sneaks in a little Jolson, or Sinatra. “I play what my listeners want to hear, not what we want them to hear, that’s why my show works…” So after 12 years he continues to gain listeners who soon become converts and the apostles to spread the word that Oldies music is alive and well. He also gives this warning to the younger listeners, “Within ten years the same thing will happen to the music of the 80’s and you will say, “What happened to my music?” What you tell those blind money making machines called station managers today will affect that.”

Oldies music has a new champion that promises his listeners that the greatest music and performers of our lifetime will not be forgotten. As Lee himself puts it, “I play music of a better time in all our lives, when the toughest problem we had was getting a date for Saturday night.”