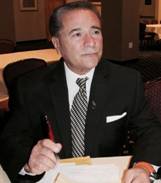 Alex like many others started singing in 1960 on the street corners of Brooklyn sharing harmonies with friends like Rudy and The Tradewinds – “Careless Love” (Angle Tone Records) 1962 and Reggie and The Remarkables – “The Year That Gave Me You” (Musicor Records) 1962.
Alex sang and performed with many groups of the 1950’s and 60’s such as but not limited to:
Mike Arnone and the Duprees, Jimmy Keyes and the Chords, Frank Tardongno and Jimmy Moschello Original members of The Elegants (The Originals), Joe Grier and The Charts, and best known for singing and recording with Norman Fox and the Robroys.
During his involvements with the Rob-Roys, he participated in the WCBS-FM’s 20th Anniversary Concert at Radio City Music Hall and appeared with them at Westbury Music Fair for a two night engagement. Alex Augustine’s determination in 1980 led him to singing and recording a group he formed known as “IMAGE which landed him a recording a 45 for Ronnie I’s Clifton Records in 1981 the songs “All Mine” w/”Over the Rainbow” and later a re-recording of “All Mine” Acapella version and “So Much” for Bob Kretzschmar’s Starlight Discs label in 1993.

Two Recordings under Alex Augustine and IMAGE for Alden Records in 2003 and 2004.