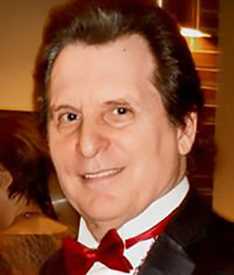 Marv Rosenberg is a songwriter and lyricist, and the original founding member of The Safaris.At 10 years old, he had a dream of becoming a rock star. He recruited other kids to join him in singing songs he had written which were usually “doo-wop” love ballads so popular in the 1950s and early 1960s. His journey in writing, performing, organizing quartets, and pitching his songs to record companies took him to that wonderful day, at age 17, when he learned that a beautiful song he had written and performed with The Safaris, Image of a Girl, hit the charts at number 6 in the nation. Marv received a Gold Record in 1960 for writing Image of a Girl. The song is on the wall in the Rock and Roll Hall of Fame.After touring for five years, Marv grew tired of “the life.” The romance of riding on a bus from city to city, trying to sleep sitting up and being away from home ran its course. He quit the record company and went back to college where he earned a Ph.D. in psychology. Dr. Rosenberg took his education in psychology and his talent for music and and did a 20 year study on the effects of music on people. He continued to write and produce “oldies” shows for many years.