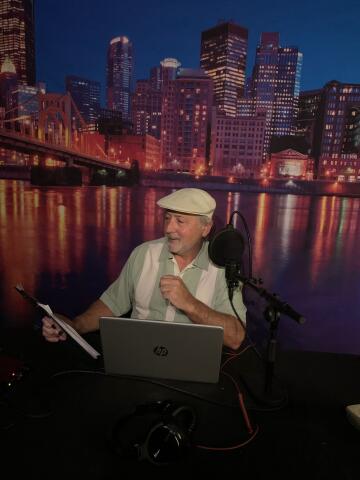 Robert was born in the suburb of Pleasant Hills in Pittsburgh Pennsylvania
in 1954. Robert , given the nickname of Peppy as child has always had a
love for the oldies music.
At the young age of 8 he started listening to Porky Chedwick & Terry Lee
just to name a few of the DJs playing the oldies of the ‘50’s on his
transistor 📻 radio . Later in life when cruising with his friends he would
stop at the street side pay phone to call in a song request for his
favorite DJ to play . Willie Winfield, the Jive 5, and the Skyliners are a
few of his many favorites artists. His passion & love of music ,which is
generally playing ,has taken him to Remember then Radio.