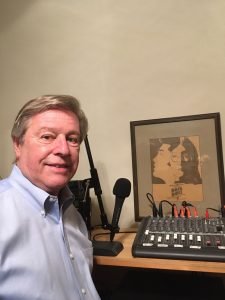 Bill Green grew up in Northern New Jersey listening to some of the great New York City DJs like Alan Freed, Murray The K and Dan Ingrham. Bill was passionate about music from an early age and that passion eventually led to creation of Rock ‘n Roll Retrospective, the Oldies program where you everything from the unknown to the unforgettable. Bill has hosted The Retro Show from his home studio in the San Francisco Bay Area since 2008.
Scroll to Top