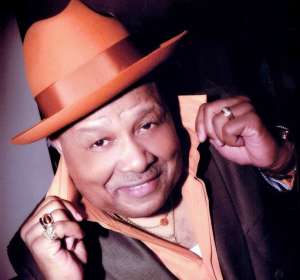 Ali Hackett is affectionately known in the Tri-State area and beyond as “King of the Oldies”. With music being a major part of his life, Ali has entertained so many with his unmistakable style of music, and his smooth dancing for many years.

While being an avid student of all music, Ali’s heart belongs to the oldies. His studies and research has made him become very well known for his contacts, and expertise in the oldies arena.

While being mostly known for playing oldies, Ali has also mastered being an MC, Host, Promoter, TV Producer, and most recently created one of the most successful outside ventures in Phila.
Nominated for the East Coast Music Hall of Fame in the category of Best Musical D.J.

Lived with “The Champ”…Muhammad Ali at Deer Lake-(6/76 – 8/81)
Learned and lived life through a professional boxer’s eyes.

Created and implemented by Ali. It was originally designed to entertain the 45 yrs and above once a week outside in the park. But once Ali started playing the oldies, and teaching line dancing, it quickly turned into a major weekly event for all ages, averaging aprox 1600 every week. Recording Artists, Radio, TV, and political figures made appearances very often.

While at WHAT Radio – Hosted many shows at the Dell East

W.T.N.J. Radio Station, Trenton, N.J. – 12/74 – 04/77
One of the first on air personalities to give weekly updates on the soap operas. Acknowledged by Ms. Carol Burnett. Rated #1 show in Trenton area.

W.S.S.J. Radio Station, Seguine, Texas 08/72 – 08/73
Created own oldies show. This show became one of the first and best oldies shows in the Southern Texas Region.

W.P.P.M. Radio Station, Philadelphia, Pa 12/16 – Present
On air personality, formatting own show with the oldies being the mainstay!!!
Internet Presence – Phillycam.org/radio/listen
Every Friday Night – 10pm – 1am

Yesterday Once More – The TV Show

Formatted, Produced, and Aired by Ali Hackett. The TV show is an oldies dance show. The show features guests like The Intruders, The Ebony’s, The Orlon’s, The Dream lovers, and the legendary Barbara Mason. The show aired on W.T.V.E. TV Station, Channel 51

Ali’s experience in front of the camera lights span from major TV (Co-hosting Jerry Lewis telethon) to cable TV Hosting and co-hosting children shows), as well as M C ing events and shows with major acts like the Dells, Spinners, Harold Melvin’s Blu- Notes (at the Dell East), to the Three Degrees, Ja Net Baby Washington, (at the Clef Club) to up coming talent in local clubs.

This show is a wellness show and is a cross between Soul Train and American Bandstand with a major twist, that twist is my guest and I actually cook on the show. The show is geared toward but not restricted to the 45 – 50 years and above crowd.

The show is designed to not only entertain with the music, dances, and performances from days gone by, but to reach and teach my viewers a healthier way of eating some of the foods that we grew up on and love, as well as being a fun instrument for “learning” where and how this music came to be for our youngsters.

Salt…Pepper and Memories is the current winner of 2 very prestigious awards (1) “Best New TV Series” by the Philadelphia International Film Festival and Market. 2) the Cammy Awards.

Our music will “never” die!!!
Scroll to Top