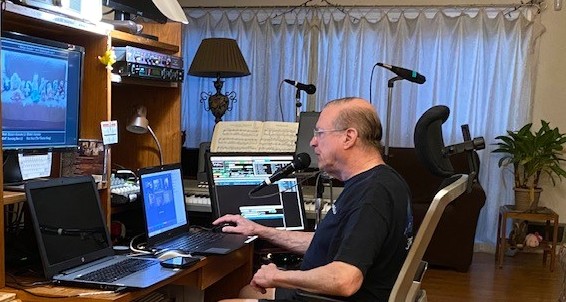 Ken “Carpenter” Sleeman started his deejay career in Junior High School, playing 45’s at record hops. Shortly after graduation from High School, he was hired at WINX-AM, in his hometown of Rockville, MD.

He has continued doing radio shows, mostly tailored to his generation, since then, in Denver, CO, Santa Rosa, CA, and mostly in the Washington, DC area. One of his favorite gigs was doing a weekend show at legendary WOL-AM in Washington, DC, as the only white DJ on the R&B formatted oldies station. Another highlight was producing and hosting the “Teletunes” show on KBDI-TV in Denver, in the 80s, his only television appearance.

For the last 20 years, Ken and his wife Luisa have operated a musical entertainment business, “BlinkieSings, LLC, in Rockville, MD, and Ken has continued to play his beloved oldies on a number of internet radio stations, from his home studio in suburban Maryland.