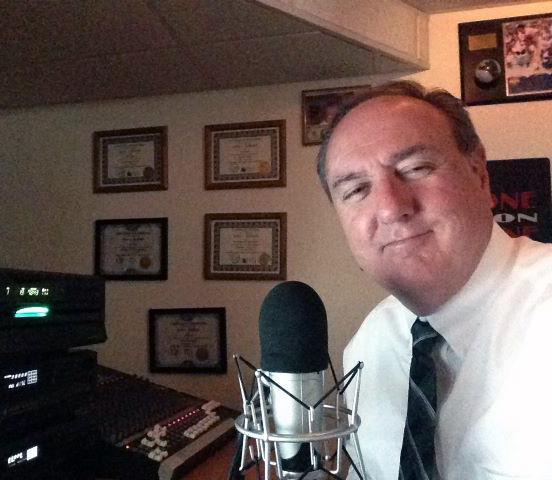 Jack Sullivan hosts Cruiser’s Radio Program on rememberthenradio.com (WRTR) every Tuesday night
from 8 – 10 PM ET. Jack plays great music from the 50’s & 60’s and takes your requests LIVE on the air at
203-265-4412 or via his Facebook page https://www.facebook.com/jacksullivanwesu

Jack Sullivan was born in New Haven, Connecticut when Dwight D. Eisenhower occupied the White
House. He was raised in Wallingford Connecticut by an Irish father who happened to be a Policeman and
an Italian Mom who loved to serve up homemade pasta and meatballs.

As a child, Jack’s Dad would send him up on the roof of the house to manually turn the TV antenna in
order to watch WPIX Channel 11. It wasn’t until many years later that Jack’s Dad discovered someone
actually invented a product to do that electronically, which meant his ten year old son would no longer
have to exit a two story window, scale a sloped roof, and turn the TV antenna manually.

Jack was introduced to AM Radio early in his life and grew up listening to some of the great New York
DJ’s on WNBC, WABC, WCBS and WMCA. As a boy, Jack would use walkie-talkies he received one
Christmas to broadcast music, news and weather all over the house. Regrettably, Jack’s Dad shut his
radio station down when he repurposed the batteries that powered the walkie-talkies.

Jack is married and has three children, as well as three grandsons. Professionally, Jack has lent his voice
to the Quinnipiac University Bobcat’s Basketball Team as well as the New Haven County Cutters Can Am
League baseball team. Jack currently hosts a Weekly Radio Program on WESU 88.1 FM in Middletown
Connecticut. Jack served his town as a Councilor for eight years and currently chairs the Wallingford
350 th Jubilee Parade Committee

You can connect with Jack @ jacksullivanwrtr@gmail.com