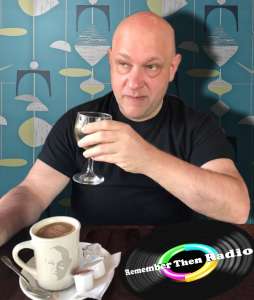 My name is Gert Kassel, originally an immigrant from Antwerp in Belgium (Europe). I came to America in 2001 and proudly naturalized to US-citizen in 2008. Music was my very first love.
Even though I grew up listening to my mom’s records of Nat King Cole, Charles Aznavour, Javier Solis or even crooners like Sinatra and Jerry Vale, just to name a few of the many. But I ended up leaning towards tunes that were in my head and that I later discovered to be R&B vocal group tunes and Rock & Roll. At the age of 11, I traded my Playmobil and Lego for Long Plays and Singles. For me it was not so much about collecting the vinyl for its rarity or its exotic price tag, but about the music and how I experience it though my ears and skin into my brains entering my soul. Because in the soul is where the beat transforms into eternity, merging with The Universe.

So, to make a long story short, about 25 years ago, I started playing my records on a pirate radio-station in Antwerp, Belgium. The first shows were named “Listen To Doctor Jive” from the Dean Barlow song, but then when people called into the station they addressed me as “Den Jiver” (translated The Jiver) Then my mother suggested, to name myself Dr. Jive… And I did, honoring the great Tommy “Dr Jive” Smalls. And shortly after called the program “The Blue Moon Show”
And now about 25 years later, I am back on Remember Then Radio, with the Blue Moon Show as DJ Doctor Jive!!

What you can expect to hear on the show is anything between early R&B and Belgian popcorn to Latin Soul and Rock and Roll. It’s all good for the soul!

I want to express my gratitude to Steve Soskin and Barbara Cornagie (owners of RememberThenRadio.com) and also a special thanks to my wife Pauline, who always has my six.
The Blue Moon Show is dedicated to my late mother Maria Kassel and to my late father In-Law Samuel “Sonny” Schwartz